Home / News & Stories / Buckle Up. Every Trip. Every Time.
In This Section

Buckle Up. Every Trip. Every Time. 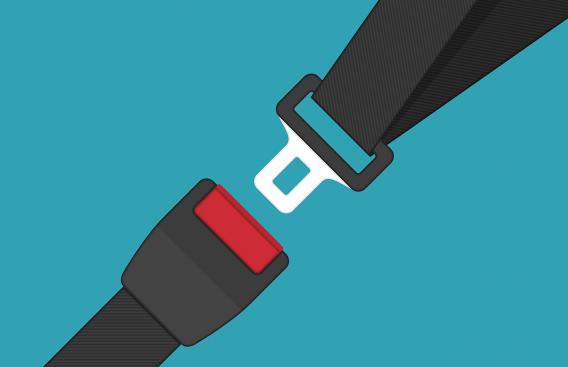 The Insurance Institute of Highway Safety maintains that the main safety feature in all motor vehicles is the seat belt. This may be hard to believe with the new technology—like airbags, blind spot warnings, automatic braking systems, etc.—being installed in vehicles each year. Regardless of advances in safety technology, each motor vehicle is built around drivers and passengers using seat belts.

Each year, New Hampshire consistently has the highest percentage of motor vehicle occupants killed in crashes not wearing a seat belt than any other state in the country. In 2018, 70 percent of New Hampshire’s motor vehicle crash fatalities were not buckled, while the rest country of the country averaged a much lower unbelted death rate of 43 percent.

There are many myths linked with seat belts according to the National Highway Traffic Safety Administration’s (NHTSA) website. Some are reasons many New Hampshire citizens give as reasons not to buckle up. One of the most common myths is that a seat belt can trap you in a fire or underwater, and NHTSA states that, “Incidents involving fire or water account for a half to 1 percent of all crashes. Wearing a seat belt gives you a much greater chance of being conscious and able-bodied.”

Another myth is that if you are not traveling far or fast, seat belts are not necessary. According to NHTSA, “Seemingly routine trips can be deceptively dangerous. Most fatal crashes happen within 25 miles from home at speeds less than 40 mph (miles per hour).”

Many parents take time to buckle their child (or children) correctly in the back seat, but then get into the driver’s seat and don’t buckle up themselves. It’s important to remember that your child is now a fixed object in the back seat.  Along with the potential of being ejected from the vehicle, if you do not buckle up, you could hit your child in the event of a crash. This is why wearing a seat belt at every age is important.

Made of nylon, metal and plastic, the simple design is something that many take for granted—it takes less than three seconds to buckle up the seat belt when getting into the car. Three seconds that could save you and your loved ones from serious injury or loss of life.

The Children’s Hospital at Dartmouth-Hitchcock’s (CHaD's) Injury Prevention Center in partnership with the New Hampshire Office of Highway Safety, encourages everyone to buckle up, every trip, every time.

Chelsie Mostone is the Buckle Up New Hampshire Program Coordinator in the Injury Prevention Center at CHaD.

Buckle Up. Every Trip. Every Time.